In her more than 25 years in the bookselling business in Barbados, there isn’t much that Beverly Smith-Hinkson hasn’t done.

Through Datalore Inc., which she helms as executive director, she’s been involved in many facets of the industry, including online distribution, marketing services for regional authors, and operating a campus bookstore. But last fall she was able to finally realize her dream of opening a bricks-and-mortar trade book shop. Chattel House Books opened in November at Sky Mall in Saint Michael.

“I’ve long had this dream of opening a trade store,” she said. “That’s how Chattel House Books was born. Some days I sit down and wonder, what monster did I create? But I have to give the market what it wants.” The 650-sq.-ft. shop sells some classics and international titles, but the store’s specialty is its focus on local and regional authors—an oft-forgotten market in the Caribbean, Smith-Hinkson explained. Chattel House customers can find 170 titles by 140 authors from the region, spanning a variety of genres. “It’s not large,” Smith-Hinkson said. “But in our world, it’s large enough.”

Since its launch, each week Chattel House hosts in-store events for authors, including book signings, book launches, and readings. The shop has been met with “overwhelming enthusiasm,” she said. “I could not believe the response. People are proud to see all of these local writers in one place.”

The shop also offers a companion e-book website featuring titles by Caribbean authors, as well as a website that sells their print titles, allowing customers in the region to search for and purchase books by local writers. To keep up with bookselling trends, Smith-Hinkson attended SIBA’s Day of Education earlier this year.

Chattel House is just one piece of Datalore’s business. The company started with Book Source in 1989, a single-title order service that drop-ships books directly from publishers to clients—no matter where they are in the Caribbean. With access to more than 15,000 publishers worldwide and more than 7 million titles, the company has customers that include individuals, corporations, and government entities.

The Book Source website led to a campus bookstore at Barbados Community College, but Smith-Hinkson soon realized how impractical it was to ship books to the island countries. Textbooks “are the worst,” she said. “They’re heavy and high-priced to begin with.”

To keep her business going, Smith-Hinkson turned her focus to e-textbooks and teamed up with Impelsys, which creates electronic-content delivery software, two years ago. The two formed the Caribbean Shared Educational Resource Service to provide customized e-bookstores for participating schools—elementary through college—in the region.

The program launched at the 2013 London Book Fair, and so far it’s signed up school systems in five of the 25 major island nations in the region, but any student in the Caribbean can access textbooks through their e-portal system. “We’re working island by island with the public schools,” Smith-Hinkson said. “But it’s an open system for all students.”

Another part of Datalore’s business is Caribbean Publishers Link, which offers regional authors marketing and distribution services for their books, including editing, graphics, printing, and e-book conversion.

To Smith-Hinkson, the opening of the bookstore was part of the evolution of Datalore. “We wanted to be in the book market and to provide the services that people wanted and how they wanted them.” 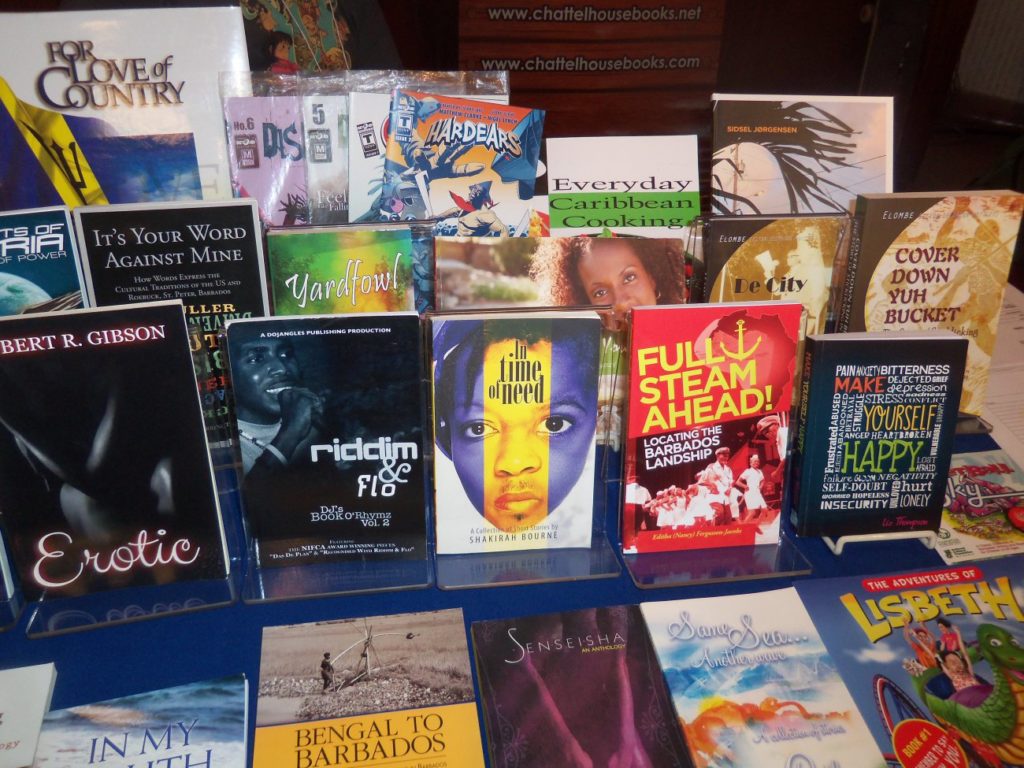